An American food manufacturing facility was looking to buy a new palletizer for their packaging/palletizing floor. The manufacturing group needed to perform a capacity analysis of the 13 existing palletizers in the facility which supported 29 production lines. The company was facing challenges keeping up with consumer demand for their popular products. ProModel was brought in to build a pilot model of the packaging and palletizing floor. 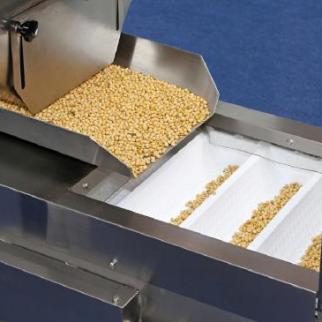 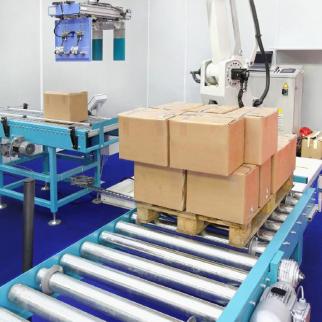 The first set of objectives were to analyze and understand the following elements of the current operations:

The next set of objectives involved analyzing the impact of different changes to the system:

A ProModel consultant and the company’s personnel worked together to build a pilot model. Packing lines to conveyors to palletizers are represented in the simulation model shown below.

The diagram does not reflect the actual conveyor layouts, but by using data provided by the company, actual conveyor speeds and distances were taken into consideration. The conveyors and palletizers being considered for future expansion were also included in the model. 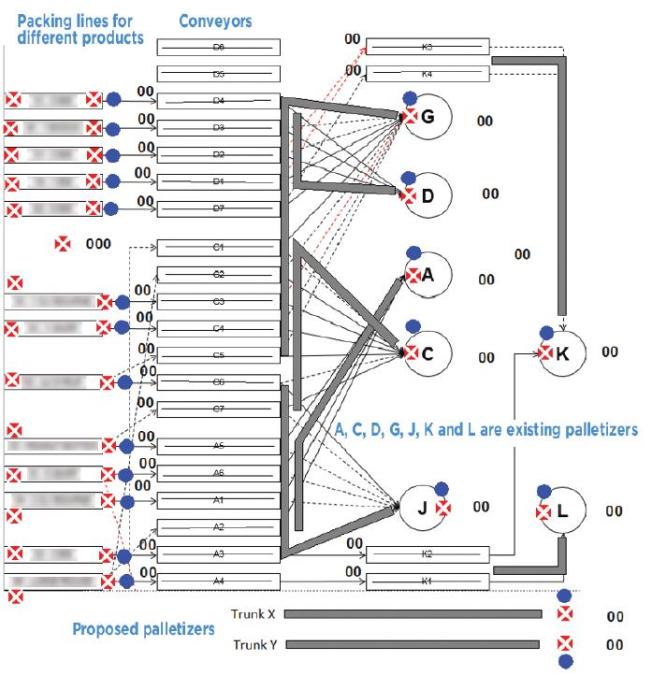 More changes to the system can be analyzed since the simulation model is extremely customizable. For example, as additional downtime information is collected, the model can be dialed in to better reflect actual operations. The model allows for other process changes over time too like cycle times, introduction of new cases and new palletizers.

As a result of the success of the pilot model, this company and ProModel will be working together to model another palletizing floor of the facility. The one change that the client requested is that actual conveyor layouts be reflected in this second model to better illustrate how they impact production flow.

The company has a model of each palletizing floor. These models can be connected and the organization can test and evaluate changes and expansions to the entire palletizing portion of their facility to guarantee that variations and increases in consumer demand will be met.